On July 17, The Laptop Man announced their decision to close their three stores. The announcement was met with shock and sadness by the local community, with hundreds of people expressing their sadness on TLM’s social media page.

Just ten days later, the story has been transformed with a much more positive outcome. Local IT business, EHW Tech, have stood up for small business in Mackay and purchased The Laptop Man.

While EHW Tech has been primarily known as a leading business IT specialist, they also offer a large range of residential services. Many of the services that TLM’s customers were used to are now available through EHW Tech. The best news of all is that EHW Tech will be honouring all warranties originally purchased through TLM.

The official announcement was made on July 27 on social media and met with overwhelmingly positive reactions. Hundreds of customers liked the post and expressed their surprise in the comments section. Several customers have already taken the opportunity to pop into EHW Tech on Wood Street with their computer issues. 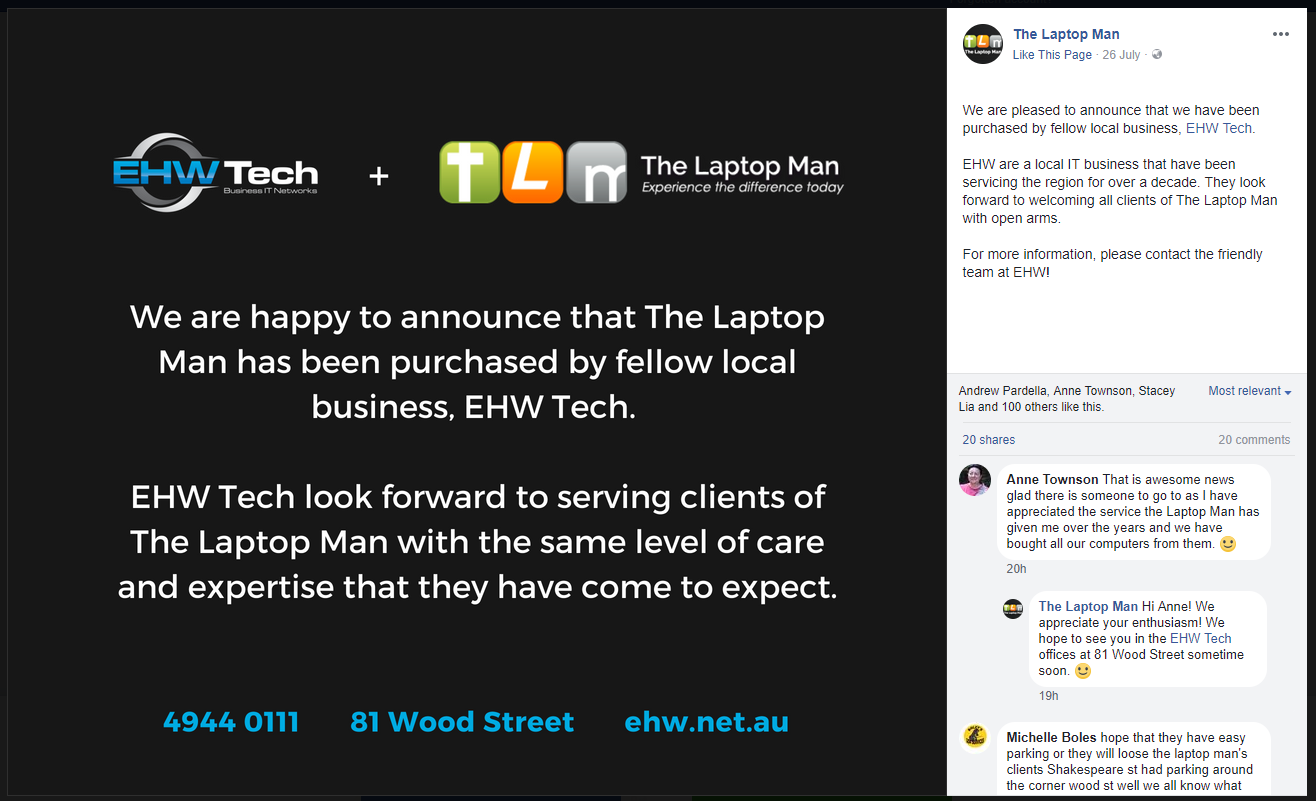 EHW Tech look forward to welcoming clients of The Laptop Man with open arms. EHW Tech believe that their dedication to high quality workmanship, efficiency, and expertise will make the transition easy for all customers. In another great sign for the local economy, EHW Tech will begin hiring new computer technicians to keep up with the already-increased demand.

The entire staff of EHW Tech share the excitement in this purchase, and look forward to assisting customers of The Laptop Man.

The EHW Tech team hope that you are excited for this new chapter and thank you for your ongoing support.